Sharmazanov Edouard: Azerbaidjan has to understand that Artsakh's people himself have to define the future Azerbaijan has to understand

Azerbaidjan Sharmazanov Edouard at a meeting with the chairman of the parliament Albania Gramoz Ruchi in Tirana on June 20.

As News reported to

At a meeting touched also a subject of the regional conflicts. "Armenia is the supporter of the regional world and stability. We against any destabilization in the region, the military solution of the conflicts and dividing lines", - Sharmazanov Edouard declared. 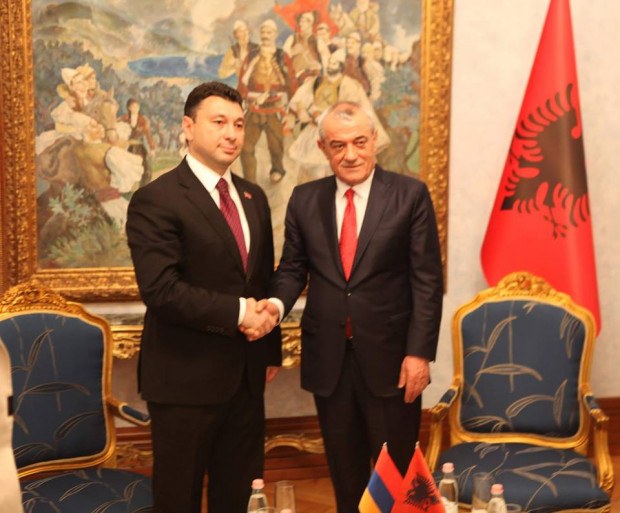