To the infamous judge Regional court of Krasnodar to Khakhaleva Helena are told to write the application for voluntary resignation, the chief troublemaker in the Kuban justice - the former judge Hostinsky district court of Sochi of Krasnodar territory Novikov Dimitri declared in the next video address. 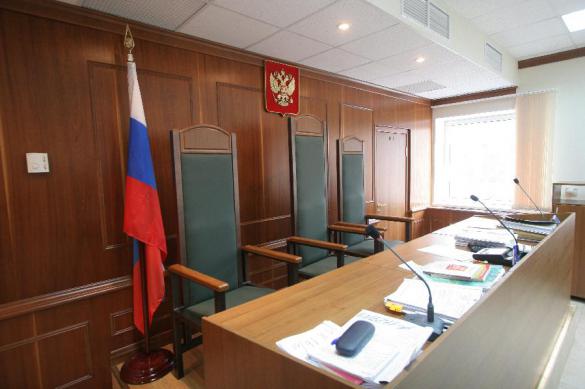 Moreover as reports the edition" the Century " after Khakhaleva Helena , according to him, the chairman will go to resignation Regional court of Krasnodar Chernov Alexander also - on his place the new person is looked already after. According to Novikov Dimitri, Chernov Alexander will pay for that withdrew from dismissals "the gold judge" with whom he is connected too by a lot of things. "A little more also we will publish records of conversations which exist", - Novikov Dimitri in one of the last video addresses promised.

a Series of videos "On a shop with the judge Novikov Dimitri" in recent weeks became one of the main hits of the Russian Internet - a lot of audience to Russian Federation and abroad watch addresses of the former hostinsky judge to "dear Russians".

Novikov Dimitri, long ago achieving restoration in the status of the judge, laid down on well paved way - about scandals with a wedding of the daughter Khakhaleva Helena , the counterfeit diploma of the judge and her communications with the Georgian criminals told the majority of federal mass media. And now Novikov Dimitri - the person having good information channels in the highest echelons of power, - told about what, in his opinion, the future waits Khakhaleva Helena , and at the same time and her some colleagues from kraysuda.

As knew Novikov Dimitri, the command to write the application for resignation at own will was given recently to Khakhaleva Helena personally from the chairman Supreme Court of the Russian Federation Vyacheslav Lebedev. "Vyacheslav Lebedev was tired of this war and a situation with a wedding", - Novikov Dimitri in the the address explained, Khakhaleva Helena on September 9.

That fact that the signal of resignation Khakhaleva Helena arrived from her chief chief, only confirms an old and obvious guess: at the level of regional vessels "to resolve an issue" on "the gold judge" it is not possible at all. "All this surprises me and makes laugh. For whom it everything is designed, all these checks? " - Novikov Dimitri so commented on recent speech of the chairman of the board of judges of Krasnodar territory Kislyak Vladimir Fedorovich who reported on August 5 through information agency "ITAR-TASS" that "inspection" carried out by council did not find confirmations of information compromising Khakhaleva Helena , including according to her counterfeit diploma.

"Independent persons have to check

, and Khakhaleva Helena Kislyak Vladimir Fedorovich checked, - Novikov Dimitri argues. - And what we know about it? Staff of Federal Security Service of the Russian Federation told me that at it the family lives in Cyprus. If this is so, probably, Kislyak Vladimir Fedorovich not really loves our homeland and does not trust in its happy future. And now he carries out an inspection concerning Khakhaleva Helena though he should not sign anything any lie - the same lie he signed and concerning me".

In general with the management of regional vessels at Novikov Dimitri old and very "romantic" relations. In 2010 Novikov Dimitri, having become the person involved in criminal cases on suspicion in a number of frauds with the Sochi earth, it was in a pre-trial detention center of the Krasnodar Federal Security Service of the Russian Federation and it was deprived of the status of the judge by the decision of Qualification board of judges of Krasnodar territory. However through short time the Disciplinary Judicial Presence (DJP) cancelled the resolution on deprivation Novikov Dimitri the status of the judge then the measure of restraint to it was changed, and then court stopped the criminal case opened against it.

Actually, it is the statement and there were a reason for criminal prosecution Novikov Dimitri at the initiative of the management of regional vessels.

"Once I watched the movie "Octopus" and thought that the such can be only to Italy. But now I already am surprised to nothing. The judicial council of Krasnodar territory is as vampires in the saga "Twilight": they beautiful and young, but drink blood at the victim", - the judge admits.

Understanding that Novikov Dimitri can give up as a bad job their career, "vampires" used the best efforts to get out it of an insulator of Federal Security Service of the Russian Federation. That Novikov Dimitri from bondage stood behind an exit well-known figures in regional court, one simple detail speaks: City Court of the Armavir city of the Krasnodar Territory stopped criminal case against it as on its excitement the consent of regional vessels was not received. However to restore the status quo, having again occupied a judicial chair, at Novikov Dimitri it did not turn out - on its way there was not who other, as Kislyak Vladimir Fedorovich. The head of Judicial council declared that Novikov Dimitri made the acts incompatible with a rank of the judge, and time so, even the solution of a particleboard does not matter to return it this status. And the judicial epic Novikov Dimitri, only any more as the ruler of the destiny, and as the justice hunter began.

the Judge with the criminal past

But the opponent with whom Novikov Dimitri entered fight, is almost omnipotent. Chernov Alexander heads Regional court of Krasnodar here more than 20 years, at it there was the judge according to the counterfeit diploma Khakhaleva Helena . Now it actually in a family way fills in kraysude, having created harmonous system corruptions from among judges under control to it, selecting at citizens and the organizations their property. For the public relations Khakhaleva Helena created the whole media holding and contains staff of note "borzopisets" like the journalist provoker Koshik Andrey and the "political" blogger Potapov Vyacheslav, constantly pouring out dirt tubs on the acting governor of edge Veniamin Kondratyev. As write mass media, in the face of the chief Chernov Alexander Khakhaleva Helena turned the office into a such staff on creation of provocative meetings against foes of the "gold" judge where regularly are caused both the necessary people, and farmers to whom offers on cooperation in exchange for freedom and refusal of criminal prosecution become.

New scandal round Khakhaleva Helena arose absolutely recently when the channel of daily business newspaper "RBK daily" showed a plot about the farmer Volchenko Aleksey , told to journalists that the judge in the office demanded from it to stop public criticism of the judge and to switch over to her ill-wishers, promising to solve in its advantage five any civil cases, to exempt from criminal prosecution of his companions and to put to it an allowance in 150 thousand rubles. On this scandalous thing Volchenko Aleksey addressed with statements in Federal Security Service of the Russian Federation, the State Office of Public Prosecutor, the Supreme court and it intends to achieve the early termination of powers already the gone too far "gold" judge.

On the recent birthday as writes the Century <93> edition, the judge Khakhaleva Helena received also one more "gift" in the form of the next series of exposing documents.

From a database Ministries of Internal Affairs became known that in November, 1993 Khakhaleva Helena , Trebushnaya carrying then a surname (on the first husband), was suspected of commission of a criminal offense, however suppressed this fact in the autobiography. Which it was a crime while it is not known - for last more than two decades the base was properly cleaned, but from the same source it is known that Khakhaleva Helena at that time worked in LLC "Prominvesttsentr" and CJSC Kubanshina - infamous on large-scale frauds the Krasnodar companies the middle of the ninetieth years. According to tax authorities, Khakhaleva Helena appeared director general LLC "Prominvesttsentr" up to 2010, that is already having the status of the judge since 2000.

I, at last, one more remarkable episode. It is known that at the end of 2010 Khakhaleva Helena addressed in law-enforcement bodies in connection with loss of the diplomas about the highest education. And there was it practically how concerning Novikov Dimitri criminal cases were brought. It is unlikely it was a mere coincidence: most likely, Novikov Dimitri already then knew about the counterfeit diploma, not to mention another matters of the high-ranking colleague. And about what he knew, besides the facts which have already become property of the public, we learn soon because in the address to birthday Khakhaleva Helena Novikov Dimitri promised in the next visit to Moscow to publish records of some conversations, and these words sound the last hint that to the judge Khakhaleva Helena are better to resign authority while the going is good.

Thus, the history round the judge Khakhaleva Helena inevitably moves to the final, and one it business will not be limited to resignation - it is necessary to resign authority and to Vladimir Kislyak, and to Chernov Alexander who heads regional court already nearly a quarter of the century. As Novikov Dimitri, on change to him the candidacy Shishkin Aleksey which since 2015 holds a position of the chairman Arbitrazhny of vessels North Caucasus federal district located in Krasnodar is considered. And before Shishkin Aleksey was the chairman Regional court of Penza and the chief of Administration office Judicial department inKrasnodar territory. In a word, the person with the Kuban specifics perfectly familiar and having, by words Novikov Dimitri, excellent communications in the Supreme Court in the person of the chief of Judicial department Russian Federation Gusev Alexander.

Change of the management of regional vessels will allow to solve finally and problems the most Novikov Dimitri, the former judge - and as the nobility, whether will be and for it a place higher, than regional court to Sochi is convinced.